The Auto Industry Prepares For A Big Change In Direction

Which direction will the auto industry take?

If you follow auto sales, you know two things about how they’ve been doing recently. They boomed the past couple of years, but they’ve started to trail off this year.

That’s no surprise. The auto industry is a cyclical business. But, there’s a growing awareness that the automotive landscape is changing, and even people who produce cars for a living may not realize what is heading their way.

That’s a conclusion from a new report by AlixPartners, the strategic planning and consulting firm used by major companies worldwide. Some of AlixPartners’ experts were involved in advising the Obama Administration about the  bailout of the auto industry, back in 2009, so it’s a prestigious name.

“There’s an all-new automotive ecosystem developing, and I fear that many players really aren’t prepared for it,” says John Hoffecker, global vice chairman at AlixPartners. “The changes coming are the biggest since the internal-combustion engine pushed aside horses and buggies.”

But, Hoffecker also says the changes are as unpredictable as “trying to guess which app is going to be most popular on next year’s smartphones.”

I spent some time reading the report this past week, and these things jumped out at me.

Five years ago, Tesla was a curiosity, a billionaire’s pet project promising to produce ultra-luxury electric cars. Now, Tesla is one of the most valuable brands in the automobile industry and it just built the first Model 3, the moderately priced electric car it wants to sell to the masses.

Tesla’s rise shows just how fast things are moving in the industry and the influence that an outsider can have. To give it some perspective, five years is the length of a car company’s production cycle, the number of years that a model is generally on the market before a major change.

AlixPartners says there are now 50 companies competing to produce autonomous vehicle systems. It’s a “wild west” atmosphere that the industry hasn’t seen in more than a century, when there were dozens of car companies in the U.S. and around the world. END_OF_DOCUMENT_TOKEN_TO_BE_REPLACED

Mayors Of Atlanta And New Orleans Say Uber Will Win

On the heels of large Uber protests across Europe, The Atlantic reports the mayors of Atlanta and New Orleans believe Uber will eventually beat out the taxi companies. There’s one more thing the two mayors agree on:  it will be a long and bitter battle between the two.

Calling it a 15-round fight, Atlanta Mayor Kasim Reed said he thinks Uber will eventually force taxi companies to alter their business model. Reed told The Atlantic, “In the interim, they’re going to flat out fight it out … because the taxicab industry is so old and staid and never had real competition, and now it’s being forced to innovate.”

The only reservation Reed seemed to express about Uber is its rapid growth and the question of where the company, and its quality, will be a few years down the road.

Uber Protests May Have Resulted In The ‘Streisand Effect’

When tens of thousands of cab drivers took to the streets of major cities in Europe to protest of Uber this week, blocking streets, shutting down traffic and in some cases even becoming violent, an unexpected consequence may have come out of the protests called the ‘Streisand effect,’ according to Forbes Magazine.

Contributor Tim Worstall writes that the Streisand effect refers to an incident years ago where singer Barbara Streisand tried to stop a photo of her home being posted online, which only brought more attention to the photo resulting in it being seen around the world.

After demonstrations across Europe, the attention brought to Uber by its protestors may have had the opposite affect and instead helped grow its popularity. According to The Telegraph, Uber’s UK and Ireland general manager, Jo Bertram said the company saw and 850 percent increase in downloads in just one week.

END_OF_DOCUMENT_TOKEN_TO_BE_REPLACED

Your Guide To Uber Protests In Cities Across Europe

Thousands of protesters in cities across Europe took to the streets against ride sharing services such as Uber this week, according to the Wall Street Journal.

The protests were led by taxi drivers, who complain that Uber, which allows users to hail private cabs through a smart phone app, is undercutting their business by getting around regulations and using unlicensed drivers.

Thousands of cabs flooded the streets of cities such as London, Paris and Madrid, causing traffic to slow to a halt. Here’s a look at the protests.

London: In the largest of all the demonstrations, the Journal writes that London cabs filled the street of Trafalgar Square causing traffic jams for much of the afternoon on Wednesday.

London’s transportation agency put the number of cabs blocking traffic between 4,000 and 5,000, but others said there were as many as 12,000 cabs honking horns and holding signs in protest of smartphone-based ride companies. London cabbies are especially effected by the introduction of Uber as the company announced customers can use the app to hail black cabs, not just private drivers, according to CNET. The demonstrations may have hurt the protestors’ cause though, as downloads of the Uber app were up 850 percent compared to last Wednesday, likely due to the attention, CNET writes.

Paris: Parisians also dealt with poor traffic as about 1,200 taxi cabs flooded the Orly and Charles de Gaulle airports in an effort to block private cars from picking up travelers, according to SF Gate. The demonstration brought nearly the entire city to a crawl, causing a 120-mile traffic jam with most of the city’s 15,000 cabs on strike. END_OF_DOCUMENT_TOKEN_TO_BE_REPLACED 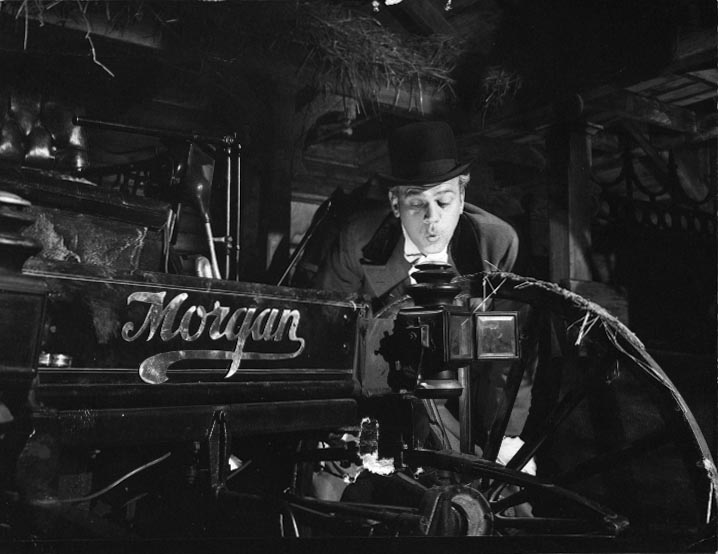 How Can You Get Around Without A Credit Card?

Unless they were lucky enough to get a gift certificate, pretty much everybody who has joined Citi Bike, ZipCar or Uber has something in common: a credit card.

But what if you want to get around, and you don’t have a credit card?

That’s a topic of active discussion in Chicago, where one in nine residents don’t have bank accounts, according to research reported this week by Streetsblog Chicago.

According to researcher Michael Carney at the University of Illinois at Chicago’s College of Urban Planning and Public Affairs, that translates to at least 135,000 people and perhaps more than twice as many people. In some parts of Chicago, one-third of area residents do not have bank accounts, but get by relying on cash or debit-style cards that aren’t linked to bank accounts.

One of the biggest reasons bike share and other transportation programs ask for credit cards is to offset the risk of damage to bikes or vehicles, or even the theft of the equipment. A rider, driver or consumer without a credit card can’t be billed if the information isn’t available.

The Chicago Department of Transportation, which runs Divvy Bikes, the city’s bike sharing system, is determined to get “unbanked” Chicagoans on bikes. It’s been looking at ways that it can make Divvy accessible to more people. END_OF_DOCUMENT_TOKEN_TO_BE_REPLACED

Comments Off on How Can You Get Around Without A Credit Card?

A Velib station in Paris. Photo via Wiki Images.

Paris is the world’s top city for bike sharing. A Velib is checked out every minute of every day. And, there’s one bike for every 87 Parisians.

Minneapolis is thinking about putting streetcars back in service, and it’s just one of a number of cities around the world that are embracing new public transit programs.

Were you caught by the BART strike in San Francisco, and checked out Uber for the first time? Maybe you used it to get home when the subway flooded in Toronto this summer.

These are the kinds of stories that Curbing Cars is covering. We’ve made it our mission to tell you how people are rethinking how they get around.

You can find Curbing Cars all over the place: on Twitter, Facebook, Tumblr, and our new Jalopnik blog. Soon, we’re going to publish our Curbing Cars ebook, where we’ll all these things and come to some predictions about what they mean for the future of transportation.

Won’t you support our Kickstarter? We’d like to reach our $10,000 goal by Aug. 12. That’s not much time. But we can get there with your help. Click here to make a pledge. END_OF_DOCUMENT_TOKEN_TO_BE_REPLACED

Comments Off on Bikes In Paris, Streetcars in Minneapolis, Sharing Rides In San Francisco